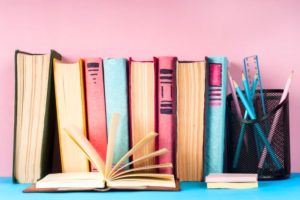 Julia Ducharme is ready for a fresh start. Her little brother has finally recovered from a serious illness, and now she just wants to enjoy peak season at the campground her family owns. Maybe this will be the year her annual summer fling with Dan Schaeffer becomes something more?

But her summer dreams are quickly shattered. First, Dan arrives for vacation with a new girlfriend in tow, and then Julia discovers this may be her last summer in the only home she’s ever known.

Crushing medical bills have brought her single mom to the brink of bankruptcy, and a wealthy developer is sniffing around the campground. He sees what Julia sees: lush woods, a pristine lake, miles of trails for adventure. Unlike Julia, he thinks this is the perfect spot for a casino resort.

Heartbroken and afraid, Julia looks to the stars for some perspective. Taking her telescope down to the dock one night, she has a chance encounter with a guitar-playing boy who offers some helpful advice. Too bad this handsome stranger is the developer’s son, Nick Constantine.

As plans for a resort move forward, Julia is desperate to find a solution that doesn’t mean leaving the lake. Nick, in turn, is desperate to separate himself from his father’s aggressive business tactics. He promises that, together, they can thwart the sale.

But can Julia trust him to conspire against his own father? And could she ever she trust him with her heart?

SUMMER CONSTELLATIONS is a story of lost summers, hidden treasure and love written in the stars. It is also a thoughtful reflection on what it means to love — and leave — one’s childhood home.

Order from your indie bookstore, Chapters Indigo (Kobo), Amazon (CAN / US), B&N

Popular party girl and high school senior Jessica Stone has a secret: she used to be a nerd — a big one; a goody two-shoes, grade-skipping, all-state spelling bee champ. But she lost the braces, put on some contacts, and applied all her academic genius to studying and imitating the social elite. Now she rules the school from the upper echelon of the high school realm. With her cool new friends and hottest-guy-in-school boyfriend, life’s a beach — and that’s where she’s headed for Spring Break. That is, until her teacher breaks the bad news that she’s failing Biology — and her only chance to make up the grade is to throw away the culminating trip of her hard-earned popularity and join the Conservation Club in Panama to save the Golden Frog.

Unable to let go of her faded college dreams, Jess finds herself in a foreign country with a new social crew, and one handsome face that stands out as a blast from the past, threatening to ruin her queen bee reputation. Travis Henley may have grown up, but he still likes to play childish games and as payment for retrieving Jess’ lost ring from the bottom of a jungle pool, he wants three dates.

While Jess does battle with spiders, snakes, wildfires and smart mean girls, she desperately tries to hang on to the last vestiges of her popular existence like the Golden Frog from its webbed toe. But as she starts to care about something more than tanning and texting – a species on the verge of disappearing forever – she may realize the worth of her inner nerd, and the one frog in particular that could be her prince in disguise.

Set in the lush and tropical El Valle de Anton, this modern fairytale re-imagining of “The Frog Prince” with an environmentalist heartbeat.

Available on Amazon (CAN /US)

Hey Readers! I’m thinking of starting an online YA Book Club! If you’d be interested leave a comment below!